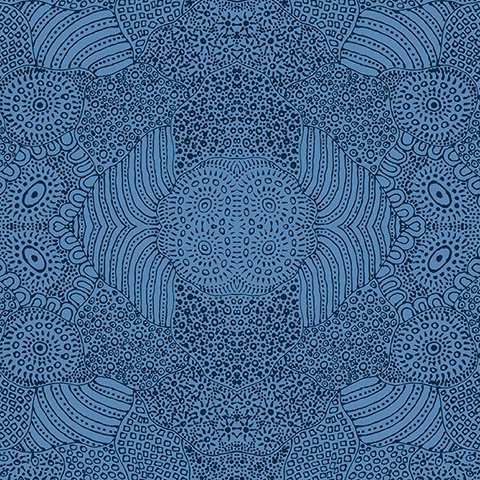 Anna Pitjara was born in 1965, in Utopia Station north-east of Alice Springs, Northern Territory. She comes from a well-known artist family. Her late mother, Gloria Ngale, was a famous artist. Anna worked in well-known batik projects in 1980's at a relatively young age. She established herself with enormous potential in the art world of Utopia. She inherited some Dreamtime stories from her grandfather and father. As a traditional Aboriginal designer her artworks are involved in body painting designs. In semi-desert or desert area of Northern Territory, water is always a precious commodity. Aboriginals were vigilant to find new sources of water in the form of waterhole or soakage trench. Anna's design of the waterhole is almost an aerial view of salt lakes and surrounding country. Her designs are innovative, neat and bold. Many of the art galleries including the National and State art galleries have Anna's artworks in their collections